Technology is transforming the world in unexpected ways.

Can developers also help to unite a divided nation?

The EU referendum has been so controversial that even Facebook decided to remove pro-Leave and pro-Remain suggested status prompts. Now that Brexit has divided the country more than any other event in recent memory, is it time for us to place our trust in technology rather than politicians?

London Technology Week gave me the opportunity to see a few politicians and self-appointed leaders waking up to the death of representative democracy and their loss of control. Of course they are frightened, they can forsee their own redundancy if the current course doesn’t change. But it will change.

The more we increase transparency and collaboration within politics the better. We have proven time and time again how, when presented with a problem, the many are often smarter than the few. Some of our greatest advances as a species have come from collaboration.

In his book, The Wisdom of Crowds, James Surowiecki says: “Big groups can solve problems better than individuals. The more diverse the group, the wiser its decisions, and the bigger the group, the more intelligent it is.” Nobel Prize winner, Thomas Schelling, also says: “Coordination comes naturally to big groups.”

Technology has made it possible for us to communicate in larger groups than at any other time in human history. It’s now easier to crowdsource ideas, share information engage in online debate and come together to democratically decide the best ways to overcome societal problems. 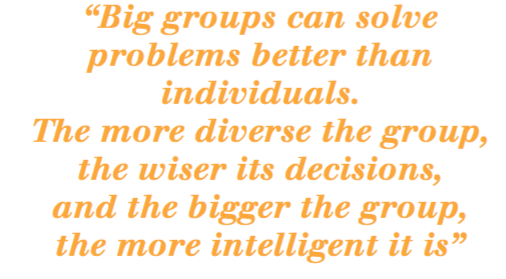 This would ultimately support the building of civilisation wealth rather than individual wealth. It’s well documented that people cooperate more fully in groups when they believe they will gain long-term benefits. Traditionally society has needed rules and laws to encourage cooperation, but no longer.

However, the challenge with technology is to deliver clarity rather than misinformation – or even disinformation. Only last month Facebook was accused of using ‘news curators’ to suppress stories of interest to conservative readers from the social network’s influential ‘trending’ news section.

We also know that politicians are data mining social media to read public opinion and that Donald Trump is using Twitter as a virtual megaphone to spread his message to over 7 million followers (and growing).Technology has only recently begun to impact politics – and we don’t know what’s next.

Algorithms have the scale and ability to widely publish ‘truth’ in a way that we cannot. They have the potential to help us collate global data and conclude existing trends. They might even be able to reduce our stress when making decisions by removing the burden of thinking about our own selfish gain. 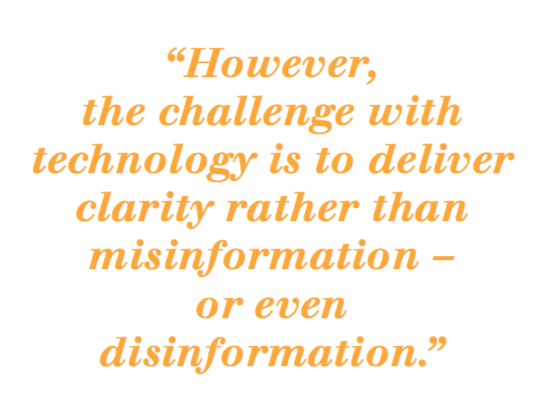 Take DemocracyOS, for example. The app, built by Pia Mancini, is a new platform for Argentinian citizens to engage with politics away from outdated structures. When a new piece of legislation is brought to congress in Argentina, DemocracyOS is used to immediately translate and explain it in plain language. Users can then discuss and directly vote on these new bills.

Are we forgetting that Great Britain is a ‘brand’ that politicians are appointed to manage?
Let’s help them, Tech City. Let’s prove ourselves worthy of the respect other countries give us when they talk about London as one of the leading cities in the world and show how technology can make a difference.

The combination of talent, finance and entrepreneurs is what makes us strong. Hong Kong’s government recently said: “One day we hope to build something as successful as London’s Tech City.” Guided by Tech City UK and its CEO Gerard Grech, London has emerged as one of the best places to start a new business.

Brexit or no Brexit, I sincerely hope this doesn’t change. The future economic boom from technology could be substantial. Let’s hope our lead in this sector continues and the finance industry can learn from Silicon Valley so that businesses can set up quickly and with enough agility to scale.

The country is in shock right now, but we must find a way forward together. This transcends whether you voted Remain or Leave; it’s about coordinating as a group and using technology to create a society that is more transparent, collaborative and democratic. I’m still convinced that we can achieve this. 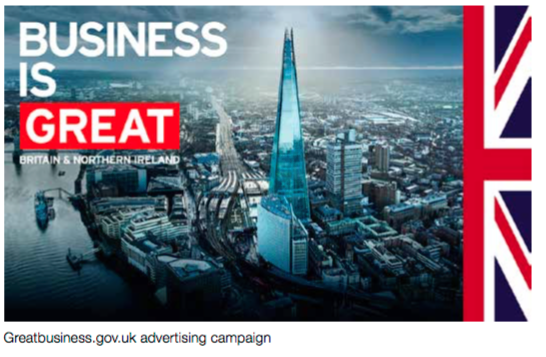