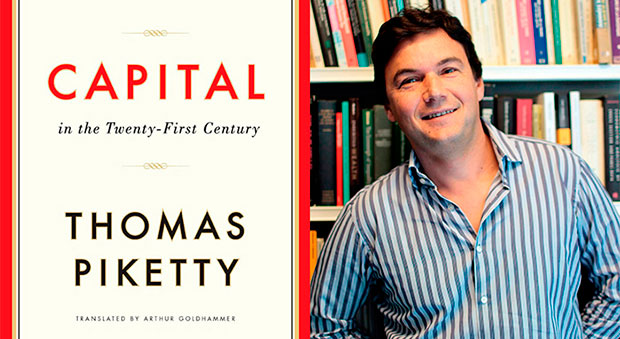 It has been difficult to miss all the brouhaha surrounding the English publication of Thomas Piketty’s “Capital in the Twenty First Century”. Simultaneously admired and reviled, Piketty’s work has been praised as a fundamental contribution to economic thought by no less an authority than Michael Wolfe of the Financial Times and damned as a load of French Commie propaganda by those burger munching, beer swilling, gun lovers the Republican Tea Party. Lets just agree it has had an impact.

So what is it about, and what does that mean for branding?

Trying to summarise seven hundred pages of detailed research and analysis is challenging, but these are the key outtakes. Capitalism as we know it serves to concentrate wealth. This isn’t a by product, or a bug in the system, it is what the system is all about. This should come as no real surprise to anyone working with fast moving consumer goods. According to classical economic theory what we should see is a vibrant market full of competitors striving to increase quality and reduce cost. What we actually see, in any market you care to mention, is that the market becomes dominated by a few giants who squeeze out all other competitors. Imagine a world without Walmart, Tesco, Unilever, P&G, Nestle – how many new entries would it take to fill the huge gaps that would be left. The same market dominance can be seen in consumer electronics with Apple, Samsung, Sony, Phillips or in aviation with Boeing and Airbus, or in computing with Intel and… well Intel are about it as its nearest competitor is a tenth of the size.

So classical economic theory is broken, and the real market consists of giants who have total control. Like Karl Marx before him Piketty is hot on analysis but light on solutions. He proposed a global wealth tax, ( See! I said he was a Commie. )  admitting that this is unlikely to be acceptable and impossible to enforce. (See! A dumb Commie!).

There is a precedent for Piketty’s solution introduced by none other than the United States government. ‘Ma Bell” , otherwise known as AT&T, monopolised the U.S. telecommunications market until an anti-trust suite was filed in 1974  “United States v. AT&T”. The result of the suite was to open the telecoms market to competition forcing AT&T to devolve into smaller companies. Anyone who had tried to make a long distance call in the Us after this devolution would be excused for thinking this was insane. Over time the market  recovered from the legislative surgery but the experience serves to demonstrate that crude interventions to a system can only disrupt rather than remedy.

So are we all lost? Will our vibrant global market disappear into a neo-feudalist black hole as the fabled 1% suck all the life out of the rest of us.
Hardly.

All that is needed is to revisit the truths that used to work. In the 1950’s much of the world was recovering strongly from the depredation and shortages forced on us by a global conflict. New markets, new products, and most of all new brands were born on the back of a population with steadily increasing incomes. Does that remind you of anywhere? Like Asia for example, and China in particular. Asia has a long way to go, but for Asia the only way is up, and while we seem to be obsessed with introducing zero-sense contracts the average wage in Asia is showing strong growth.

To avoid the Piketty trap, all we need to do is return to the simpler produce and consume models of the 1950’s. There is an irony that it has taken a communist regime to remind the world that to be healthy and vibrant an economy needs wealthy consumers to create the market, but I will leave that irony to the Tea Party to enjoy.

In the meantime brands have a major role to play in helping capitalism to evolve into something more economically sustainable. Brands have the trust of consumers far more than companies, infinitely more than politicians. Brands have the power to validate new  and more equitable services like peer to peer financing, democratised manufacture, co-operative housing. Brands have the ability to can introduce radical new products like Tesla’s Supercharger stations that recharge electric cars for free, completely changing the old monopolistic economics of travel.

There is no doubt that we are living through times of enormous change. The role of brands during the changes can hardly be over stated.