I was sympathising recently with a younger colleague, who faced the end of yet another love affair. ‘Ah,’ he replied confidently, ‘No need to worry. You see, when you were my age, there were only two billion people in the world, now there’s seven billion. So, plenty of choice.’ Leaving aside the spurious mathematics, limitations of circles of contact and time, it was the assumptions that greater choice made everything easier that struck me most, as there is evidence that the opposite is true.

My local Sainsbury’s, an average suburban store, offers 52 salad dressings SKUs, 60 olive oils and no less than 20 versions of hummus. The world does not need twenty versions of hummus. Given that the driving motivation of nearly everyone who finds him or herself in a supermarket is to get out as quickly and as cheaply as possible, how do Sainsbury’s think they are helping us to live well for less?

There’s an underlying assumption that our expression of ourselves as individuals is based on having choices; therefore maximum choice must mean maximum self-fulfillment. Supermarkets retain high-spending customers by offering wide choice in the ego-enhancing sectors. Yes? Well, no. As Barry Schwartz points out in his book The Paradox of Choice, while some choice is certainly better than no choice, there is no straight line increase in any beneficial feeling of satisfaction or self-esteem with increased choice. There are several reasons why. 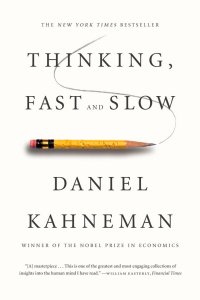 Firstly, we are not good, as a species, at making decisions. Daniel Kahneman’s excellent book, Thinking, Fast and Slow, clearly shows that we are not as smart as we think we are. Subsequent realisation of this, in a context of many rejected options, leads to buyer remorse. With time, this even leads to anticipated regret, the assumption of inadequacy undermining the pleasure of the purchase at the time. In short, too much choice creates anxiety, not wellbeing. Studies that I have done on the way people approach the wine fixture bear out this sense of impending disappointment.

Alongside this, greater choice, with the ramping up of claims that this creates, leads to an escalation of expectation. When was the last time you were pleasantly surprised by a product and when were you last mildly disappointed? In 90% of cases, the latter is more prevalent. This simply reinforces the sense that your selection was poor.

Finally, there is a shift of responsibility. A few years back, when I was unwell, specialists insisted on giving me a choice between two radical treatments, both carrying risks as well as benefits. It’s all in the name of empowerment and democratisation but it’s actually about shifting responsibility and not being sued. In a milder context, I want my supermarket to use their skills to provide me with a limited but satisfying choice, not to act like a market stall, displaying an apparently random selection.

The discounters offer a much more limited choice, and often of ‘brands’ that are unknown. I suspect that part of their success is based in the fact that we are not expected to use our experience and judgment in selecting; we know it’s a lottery and the stakes are low enough to allow ourselves mistakes. We are absolved of a burdensome responsibility.

There’s a practical aspect to all of this. The work of Sheena Iyengar at Columbia University and others has shown that limited selection results in higher purchase rates – a ten-fold increase when a range of exotic jams was reduced from 24 to 6 (When choice is demotivating – Sheena Iyengar & Mark Lepper). Greater rates of sale through less space would, one would think, be Nirvana for a retailer. So why the plethora of choices? I suspect that one factor is the sale or return deal that retailers force on their smaller suppliers, which creates lazy thinking by the retailer.

If you make your customer sweat, he or she just walks away; hummus is really not that important to them. Several fmcg multinationals have grasped this and are rationalising their brand ranges.

So, anxiety, disappointment, burdensome responsibility. Is this really what shopping should be about? It’s our choice.