TVR is a great example of a brand that took British creative genius to launch and win market share. It’s had its ups and downs of late so this is our take on what its new owners can do to use its creative brand heritage to make it a success.

TVR is much more than a sports car marque. It is an icon for British creativity and diamond hard grit. It is not just a vision of excellent performance wrapped in a breathtaking form, it is the desire of every true Brit to take on Ferrari and Porsche and beat them soundly at their own game. It is the dream that a small and dedicated team of exceptional people can achieve this despite challenges that make less inventive, less determined people falter.

The hard work to come is entirely strategic. Determining ‘where to play’ and ‘how to win’ in today’s car market is a daunting challenge.  “Where to play” is the hardest question. The market seems crowded with too many companies chasing too few consumers in Europe and the USA, the risks of venturing to the expanding markets seem too great for a small company.

But this is to mis-characterise the market for TVR. TVR never fitted within the conventions of the conventional car market. So the market that TVR is aimed at can best be characterized by a personality rather than any conventional demographic. TVR owners, past and future, British and global, share the same traits.

There is no point in TVR targeting consumers outside of this type. TVR’s lack of compromise has a strong appeal to this type whereas its traditional weaknesses overwhelm its appeal to other car buyers. Success will come from its confidence in identifying the TVR personality type (wherever they are in the world) and then winning back the loyalty of this iconoclastic and performance orientated group. 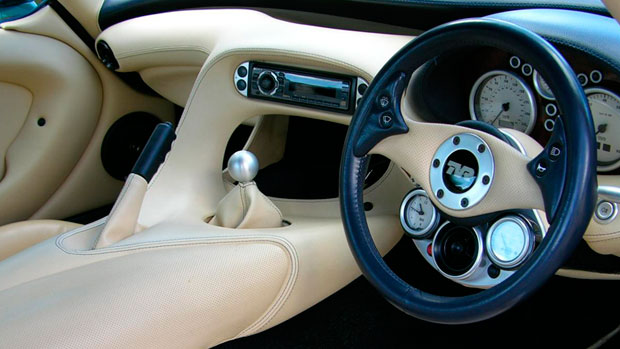 Published 14th February 2014.  Since publishing this the engine of the new TVR is an American V8 tuned by an American company.